9,3X62 Mauser- German marvel that made it to Africa and back to the Old Continent - Matthews Hunting Experience

Few days ago, I wrote an article on my ZKK 600 in 9,3×62 Mauser – one of many German cartridges which always performed well. Furthermore, it shows all attributes of well balanced and efficiency focused German engineering. Also, it is one of few 100+ years old cartridges which is still being offered as standard chambering in case of most rifle manufacturers around the world. And of course there are couple of very good reasons for that…

9,3 Mauser was designed by Otto Bock in 1905 with one very simple requirement which dominated all other. It needed to fit into standard length Mauser action. He succeeded and created cartridge which soon took over big part of the Black Continent. Despite its compactness, it performed well and delivered more than enough power to take anything from big antelopes, leopards or lions, even buffalo or king of the safari – Elephant. Also, it was decent mid to long range performer, which was shooting flat enough to harvest game beyond 200 meters mark. If this was not enough, the cartridge is has very manageable recoil, considering its performance.

Soon after introduction of 9,3×62, its biggest competitor, .375 H&H was brought on the scene as well (in 1912). Despite its superior performance, Holland & Holland’s new cartridge was far more expensive and not able to fit into easily available Mausers of that time. Neither into any standard length action. Also .375 suffered from problems related to its higher pressures and speeds. Bullets of the time were not able to take that reliably and often disintegrated after hitting very soft obstacles like branches in brushes of the African bush. Also, performance of these bullets on thick skinned animals was questionable due to their tendency to fail penetrating deep enough due to the issues mentioned above.

Thus, Bock’s upgrade on Mausers 8×57 soon took over some of British colonies as well. It became cartridge of choice for farmers protecting their livestock from predators or crops from multitude of herbivorous species. It became very popular among hunters who had limited funds and were able to own only one or two rifles. These needed cartridge which would be very versatile in order to take anything from small antelopes, up to already mentioned elephants. 9,3×62 with M98 rifles proved to be very good in all above mentioned disciplines. Cartridge was feeding reliably and the rifles had no problem dealing with the pressures generated by it.

Nevertheless, current modern actions are able to safely handle slightly more power powerful charges and there is no reason to avoid pressures at about 60000 PSI in modern rifles. With this performance, you should be able to launch 285 grain bullet at about 2500 fps or 760 m/s generating well over 5300 joules of energy or almost 4000 square foot pounds. This means that their performance is exemplary especially when it comes to plain games or big cats of African continent.

Ability to perform this well, despite being very compact, helped this cartridge to earn bulletproof reputation. Actually it is so reputable, that many countries allow use of this cartridge for big game or even dangerous game hunting despite it is under the limit for minimal diameter of .375 inch. (9.3 mm is exactly 0.366 inch). However, even this did not help the cartridge after WWII, when many of German rifles and cartridges alike became very unpopular and due to destruction of Mauser’s factory, extremely scarce. As if they were reason for the war itself….

Even this blow was not enough to stop 9,3 on its journey of ideal hunters companion. Cartridge made it back to the market gradually and spread around Europe as very popular caliber for wild boar hunting as well. With variety of bullets being produced after 1960s, it is proving to be very efficient on anything from Roe Deer to Moose. I have even tested using SAKO’s 9,3 FMJ bullets on foxes. They are deadly, yet not destructive. Diameter of the bullet itself is often bigger than mushroom formed by other popular calibers like .223 or .243. Exit holes are almost always clean and despite this, even after lung shots, smaller predators were knocked out immediately every single time.

This proves that current choice of bullets in 9,3 diameter available on the market made the cartridge even more versatile than ever before. After researching offering of most popular hunting ammunition producers who make their products available in Europe, I found out that they offer variety of bullets ranging from 250 grain FMJ to 295 grain SP. There are even some very light bullets available (205 – 220 grain) which can be shot at very high speeds and flat trajectories up to 200 meters. Nevertheless, they would be difficult to obtain in Europe and I do not see any particular reason why I would need them.

However, there are 3 bullets which have outstanding performance from my point of view. First is 255 grain Geco Plus. This is Hollow Point construction with bonded jacket/core. This load proved to be very accurate in my ZKK 600 and it does good job of anchoring down anything from roe to boar, while preventing unnecessary meat damage. Second is Nosler Partition bullet. This 286 grain bullet is the chosen one, against which I measure performance of the rest. Pretty much in all calibers. Partition is amazing at delivering real punch at short to medium range with deadly precision and amazing reliability. Ingenious bullet design secures that soft front part expands reliably even at lower speeds, while inner wall which is pretty much one piece with jacket prevents bullet’s failure or disintegration at very high speeds and close ranges.

Third bullet I would like to mention is Nosler Accubond. 250 grain bullet with very decent ballistic coefficient of 0.494 is great performer at longer ranges and I would not doubt its performance at ranges out to 600 meters. This is the most modern construction on the list, nevertheless, it is not lead free bullet. If you are ECO-freak or if you must shoot bullets with no lead content, you can turn toward Hornady’s GMX, RWS’ Evo Green or Sellier & Bellots eXergy, which are all already tested and great performers. There are even some “less mainstream” producers like Woodleigh, Impala and others which produce leadless projectiles of various constructions and sometimes very exotic looks.

Alongside these, most manufacturers make their bullets available for hand-loaders, which helps to fully unleash cartridge’s potential. Most loads are within 55-63 grain of powder range. Decent case capacity allows to prevent unwanted compression of the charge even in case of loading it to its maximum pressures. Barrels are usually equipped with 1:14 twist rate, which is especially well suited for stabilizing bullets within 250-290 grain range. Nevertheless, there are some custom bullets over 300 grains for those who are looking for extra punch and are willing to pay for custom barrels with faster twist rates. From my point of view, it would be very interesting to see how far could 9,3×62 reach. Especially in fast twist rate barrel with heavier profile. I bet it would be deadly out to 1000 meters with appropriate bullet choice.

If this was not enough, there are plenty more reasons why to buy 9,3×62 reloading kits. If you look into RCBS portfolio, there are dies which allow you to turn once fired .30-06 case into 9,3×62. This furthermore points out cartridges universality. Interesting enough, if you compare it to .30.06, with 1 mm shorter case 9,3 is able to produce about 25% more energy.

Availability of ammunition and bullets, alongside with the fact that most of the rifle manufacturers are still chambering their rifles in 9,3×62 is great sign of stability of this cartridge’s popularity. There is no doubt it will prevail for some time. But we should not be surprised. It managed to prove itself against very tough British competitors in Africa and had taken arguably every imaginable type of game around the world. Alongside with African game, there are Roe Bucks, Red Stags, Wild Boars, Brown Bears, multitude of Moose and other big game species taken with it in Europe every year. And manufacturers like Antonio Zolli, Browning, Mauser, Tikka, Sako, CZ or even famed Blaser and many others are making sure that there is no problem to come across good rifle chambered with this valuable 111 years old performer. 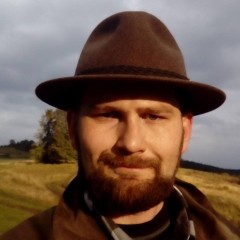 9 thoughts on “9,3X62 Mauser- German marvel that made it to Africa and back to the Old Continent”